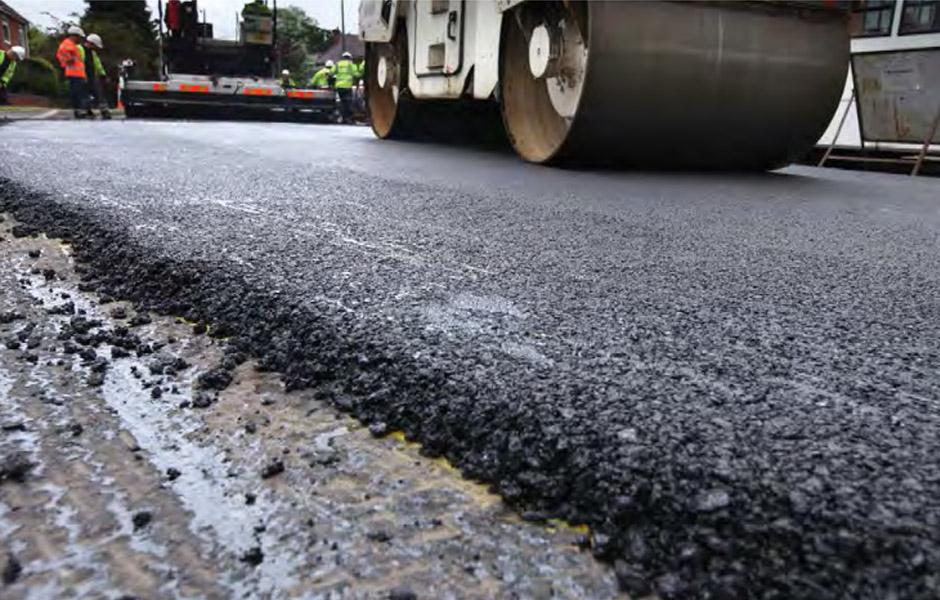 This is a layer made up of a graded mix of 10 mm crushed rock aggregate, but with slightly more bitumen than dense base. This more cohesive material is used as the supporting or base layer to the surface course. It also serves to even-out any undulations. Layer thickness is between 50 to 70mm.

Open graded asphalt concrete is made with less smaller aggregate and therefore has more space between the coarse aggregate pieces. They allow water to pass readily through their structure and are useful as a base layer for flat sports surfaces, such as artificial turf pitches and free-draining surface courses.